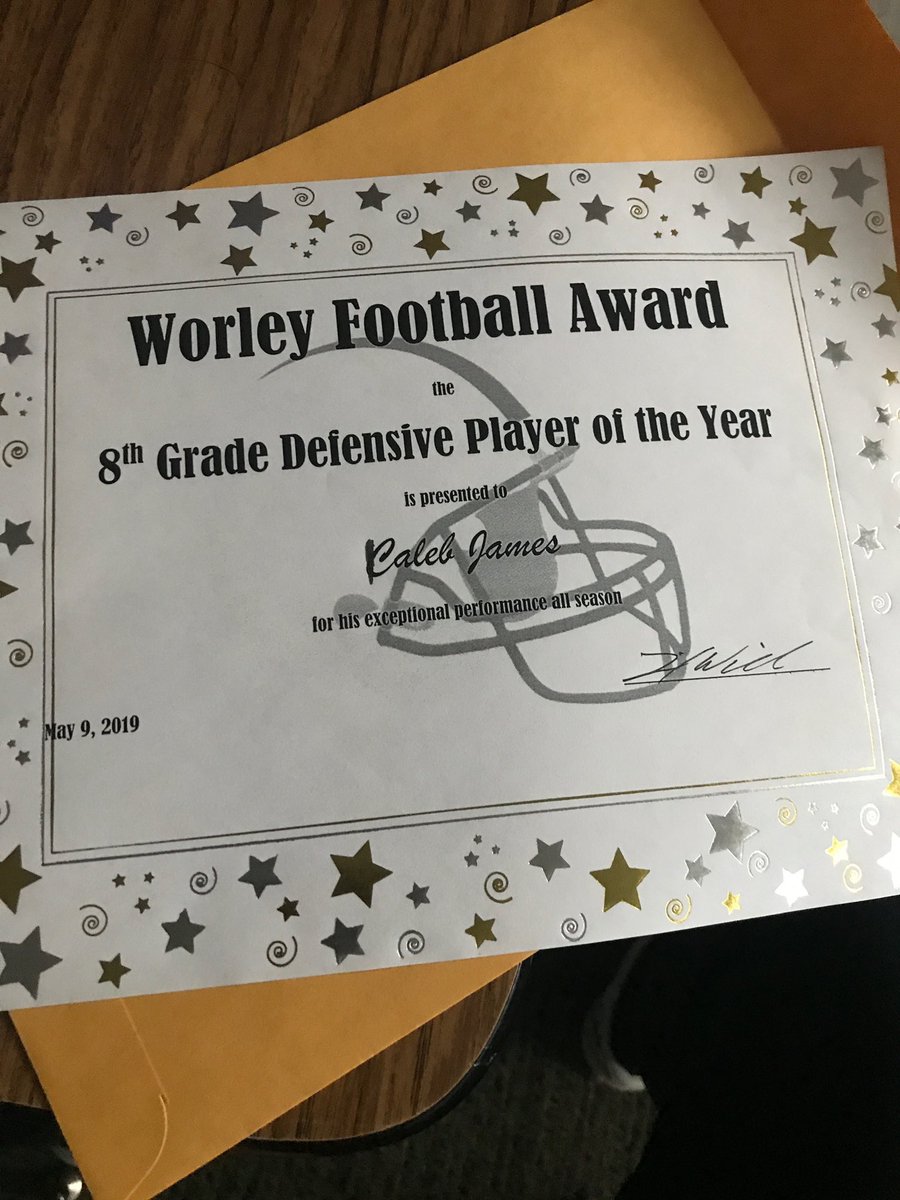 In a twitter post before the start of the 2018-19 season, rising freshman Kaleb James wrote “I’m going after everything this year!” He did just that.

Standing out at events like the Rivals Combine Camp Series, the Rivals Three Stripe Camp and the USA Football Regional Camp is a part of the reason James has once again earned honors as the Defensive Player of the Year at the Worley Middle School Athletics Awards Show. ”

While friends were traveling for spring break this year, James spent his time training and working on his strength. This is another testament to the commitment he has to his craft.