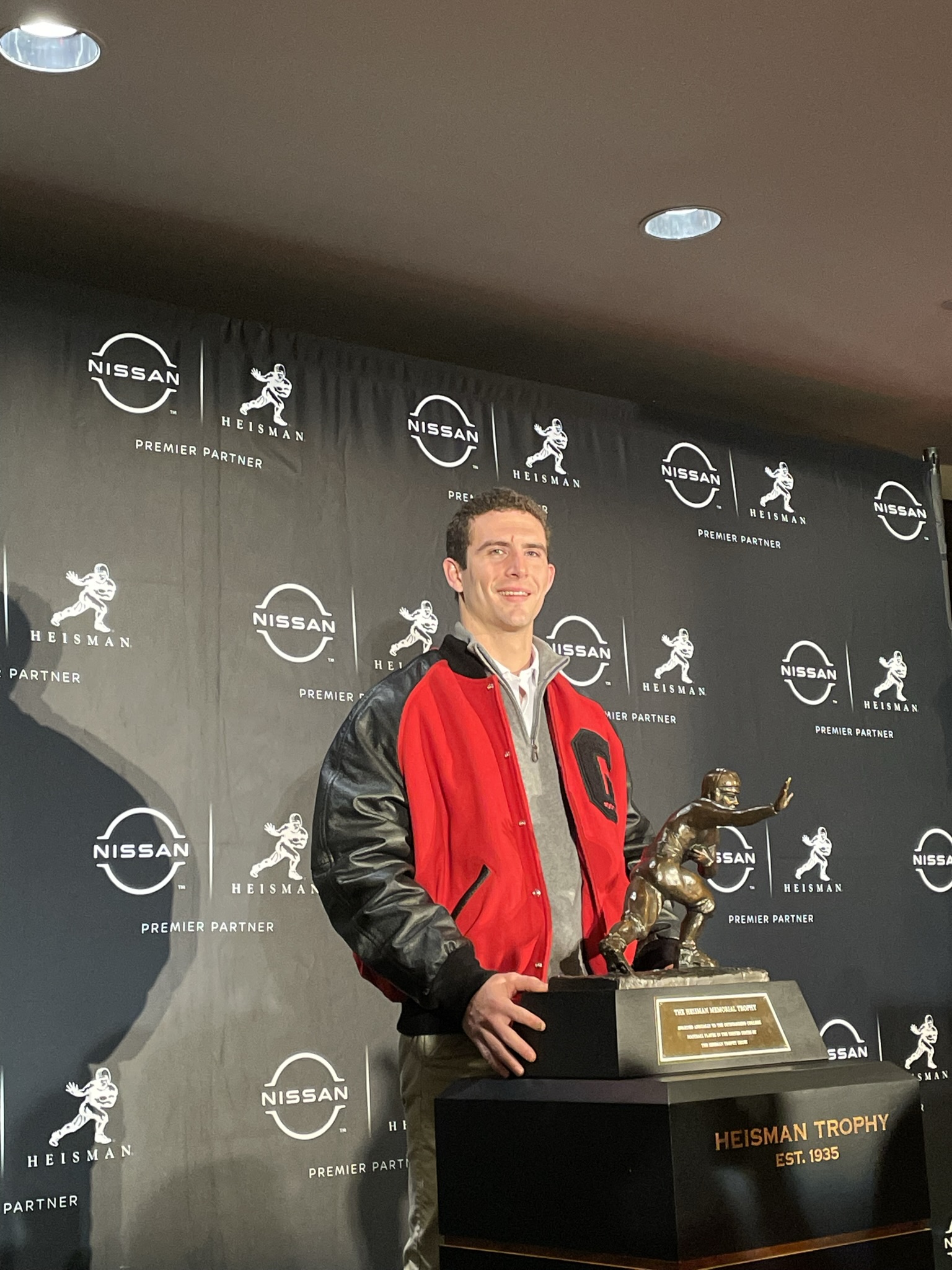 We are very proud of Bennett, who started with PlayBook Athlete at a young age. He began his college career as a walk-on at The University of Georgia before transferring to Jones College. He came back to UGA as a scholarship player and backup quarterback. Through his hard work and determination, Bennett worked his way to the starting position, led UGA to a national championship, and is now on top of the college football world as a Heisman Trophy finalist.

The gallery above is from New York City at the Marriott Grand Marquis Hotel on Times Square at the Heisman Trophy Media event yesterday, December 9th 2022.

Stetson Bennett has become a pro with these interviews, which is a very important trait to learn. He was poised, polished and really puts thought into his answers.

He talked about the Stetson fade haircut that a teammate gave him. He talks about his relationship with his coaches, and most imprtantly he discusses his journey: