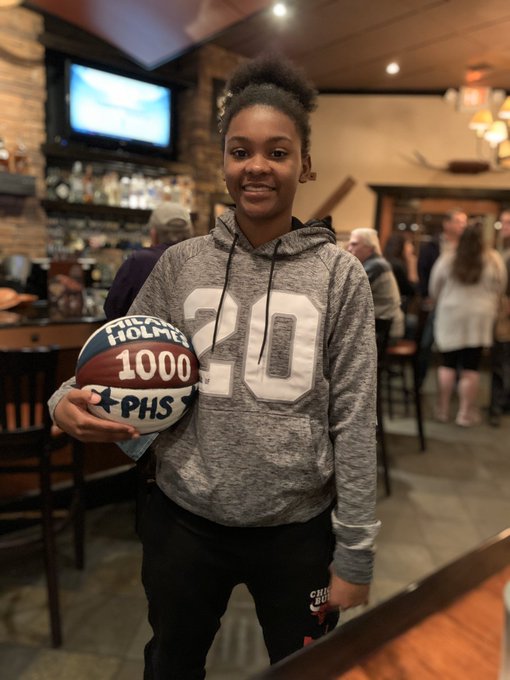 She was just a mere five-years-old when her dad first put a ball in her hands and she hasn’t stopped since. Now for four years, she has dedicated herself to her school and her teammates, but after winning a non-conference game against Tri-Cities High School 67-56, Milana Holmes’ coaches and teammates dedicated the moment to her.

Holmes, a senior who has been a staple of the Pebblebrook girls’ basketball and softball teams, scored her 1,000th career point, giving the Falcons something else to celebrate. 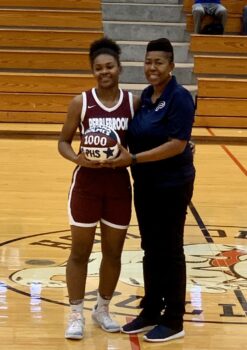 “I was shocked completely,” Milana confessed after learning that she had met the milestone. “I didn’t know I was that close and that I had hit it this early in the season the feeling was amazing.”

The Falcons play in the Region 2-7A division of the Georgia High School Association. With schools like Campbell and current state champions Westlake as opponents, Milana knows that hard work is always ahead. “So far Campbell high school was my toughest,” she said. “They play extremely hard and never give up.  You think you’ve secured the game with a 15 point lead and they come back 4th quarter and can possibly beat you. But I couldn’t let that happen when they played us.”  Her determination was evident. After going into overtime with Campbell the Falcon Ladies came up winners. Milana walked away with 11 points, 15 rebounds, and 4 steals. 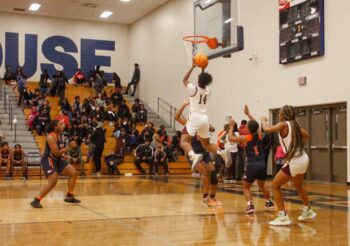 Tina Hadley, the head varsity girls basketball coach, says Milana is starting to come into her own this season. “I’ve challenged her to become more aggressive on the offensive end of the floor,” she says. “She is starting to embrace that as well as pick up her intensity on defense.”

So far she isn’t doing too shabby on the defensive end. This season she has racked up 115 defensive rebounds, 47 steals, and 13 blocks. 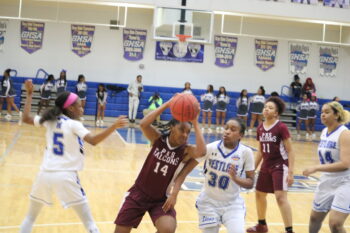 So what’s next after graduation for this multi-sport athlete? She says she has a few colleges on her radar such as Miami of Ohio, Gordon College, Life University, Georgia State, and Georgia Southwestern where she hopes to play basketball as well as her second love…softball.