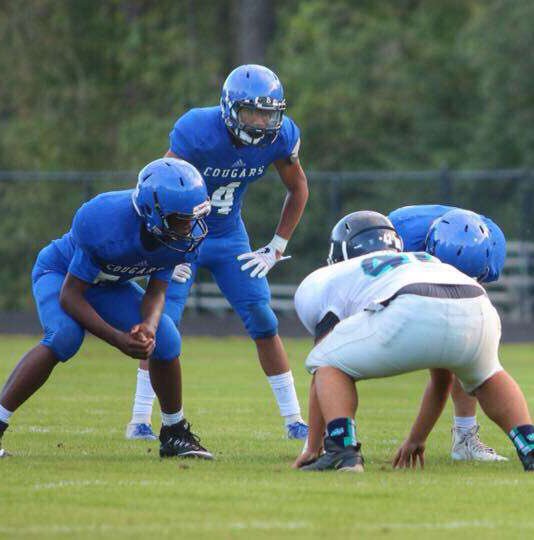 No, your eyes aren’t deceiving you! If you’ve taken a look at the video above, you’re looking at student athlete AJ Harris…an eight grader. He hasn’t played his first high school game yet but already looks like a junior or senior in high school. AJ stands 6’0″ tall, weighs in at 175 pounds and for the past two months has been training out of Impact Performance RX in Columbus, GA. Owner and Director Chason Perry describes AJ as one of the most promising young athletes he has ever had the chance to work with. “Just looking at him, you would think he was 17 or 18,” Perry stated. “He’s already made massive improvements in his athletic ability posting laser timed numbers that match some of the best upper class men in the state, yet he’s still young and raw and shows signs for an extremely high ceiling.”

At a Recruit Georgia combine in February AJ posted the numbers below:

Just six weeks later at a Rival’s camp, he had gained 9 pounds and his numbers had improved.

So what makes this young athlete special? Perry also had this to say.
“What makes AJ special is his ‘coach-ability.’ He listens, he’s humble, he works hard and he’s hungry to continue improving. He is the type of kid every coach wants to have on their team. I’ve worked with thousands of athletes in my 15 year coaching career from youth, D1 collegiate, and professional athletes and there are always those few that have that “it” factor. AJ has that already and if he continues to learn and work the way he does now, there is no limit to what he’ll accomplish. He’s a young, talented, smart, and charismatic person and a phenomenal athlete. AJ has true potential to not only play at the next level, but to lead a team at the next level and if you are a coach reading this you know how hard that is to find.”

It’s clear that this athlete is just scratching the surface and will continue to grow and gain more experience. In spite of his young age, he already has the makings of a 5-star athlete.