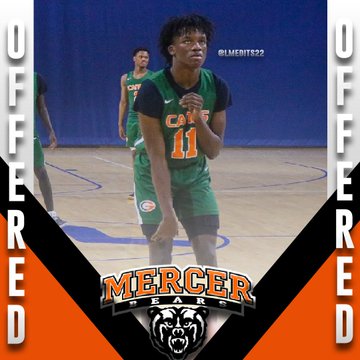 Stock is rising for 2020 guard Jovan Tucker of McEachern High School. Just last week he received an offer from Mercer University and others aren’t too far behind. High on the list of hopefuls is The University of Maryland. Assistant Coach “Bino” Ranson sat on the side at an Indian’s practice on Wednesday watching the prospect who is described as a “tremendous worker with heart beyond measure.”

Last season with Cumberland Christian Academy, Jovan averaged 17.4 points, 11.8 rebounds, 3.2 steals, 2.5 blocks and 6.8 assists. He carried that energy and talent over into his AAU season with the Georgia Canes and didn’t skip a beat.

In a recent showing at the Southern Hoops Report Top 100 Camp, Jovan proved why he is on his way to possibly being one of the Nation’s top 10 players. After playing three games averaging 14 minutes per game, he finished with a total of 66 points, 32 assists, 42 rebounds, 11 steals and 8 blocks.

So who else is hot on the trails of this rising star? His recruiting list also includes UConn, Vanderbilt, UGA, TCU, New Mexico State, Clemson, Illinois, University of California, Murray State and Georgia State.